Hypertension is the most common risk factor for cardiovascular disease, causing over 18 million deaths a year. Although the mechanisms controlling blood pressure (BP) in either sex remain largely unknown, T cells play a critical role in the development of hypertension. Further evidence supports a role for the immune system in contributing to sex differences in hypertension.

The goal of the current study was to first, determine the impact of sex on the renal T-cell profiles in DOCA-salt hypertensive males and females and second, test the hypothesis that greater numbers of T regulatory cells (Tregs) in females protect against DOCA-salt–induced increases in BP and kidney injury. Male rats displayed greater increases in BP than females following 3 weeks of DOCA-salt treatment, although increases in renal injury were comparable between the sexes. DOCA-salt treatment resulted in an increase in proinflammatory T cells in both sexes; however, females had more anti-inflammatory Tregs than males. Additional male and female DOCA-salt rats were treated with anti-CD25 to decrease Tregs.

Decreasing Tregs significantly increased BP only in females, thereby abolishing the sex difference in the BP response to DOCA-salt. This data supports the hypothesis that Tregs protect against the development of hypertension and are particularly important for the control of BP in females. 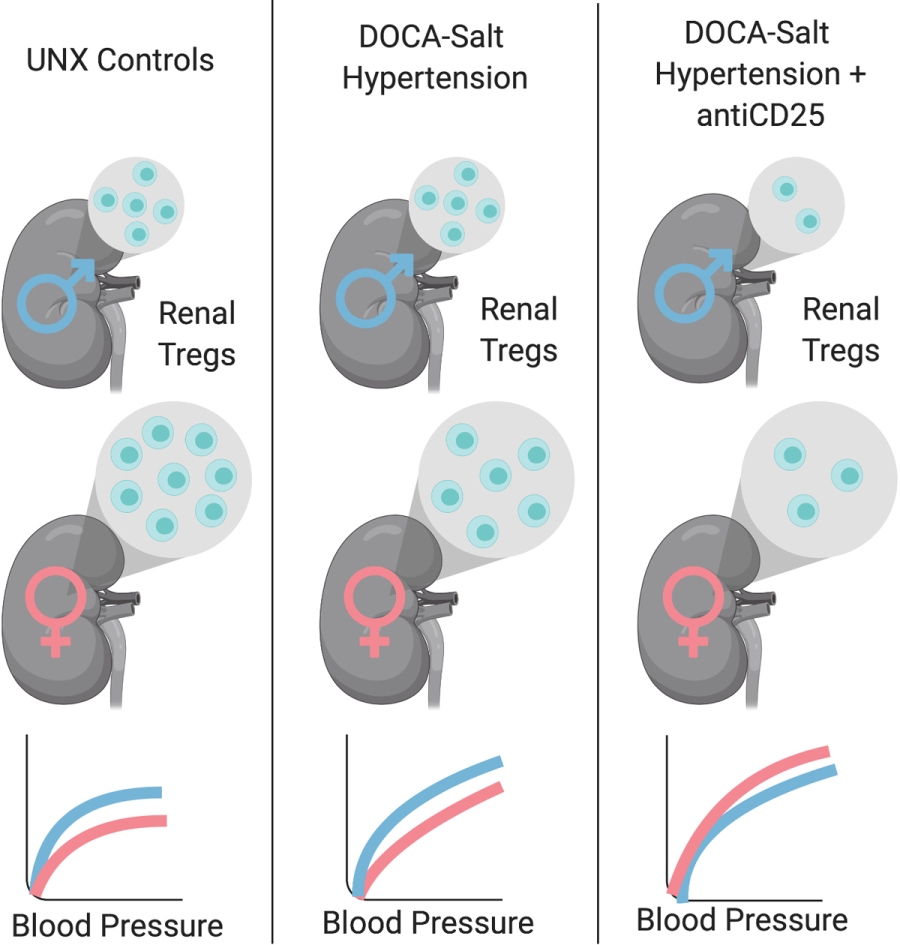